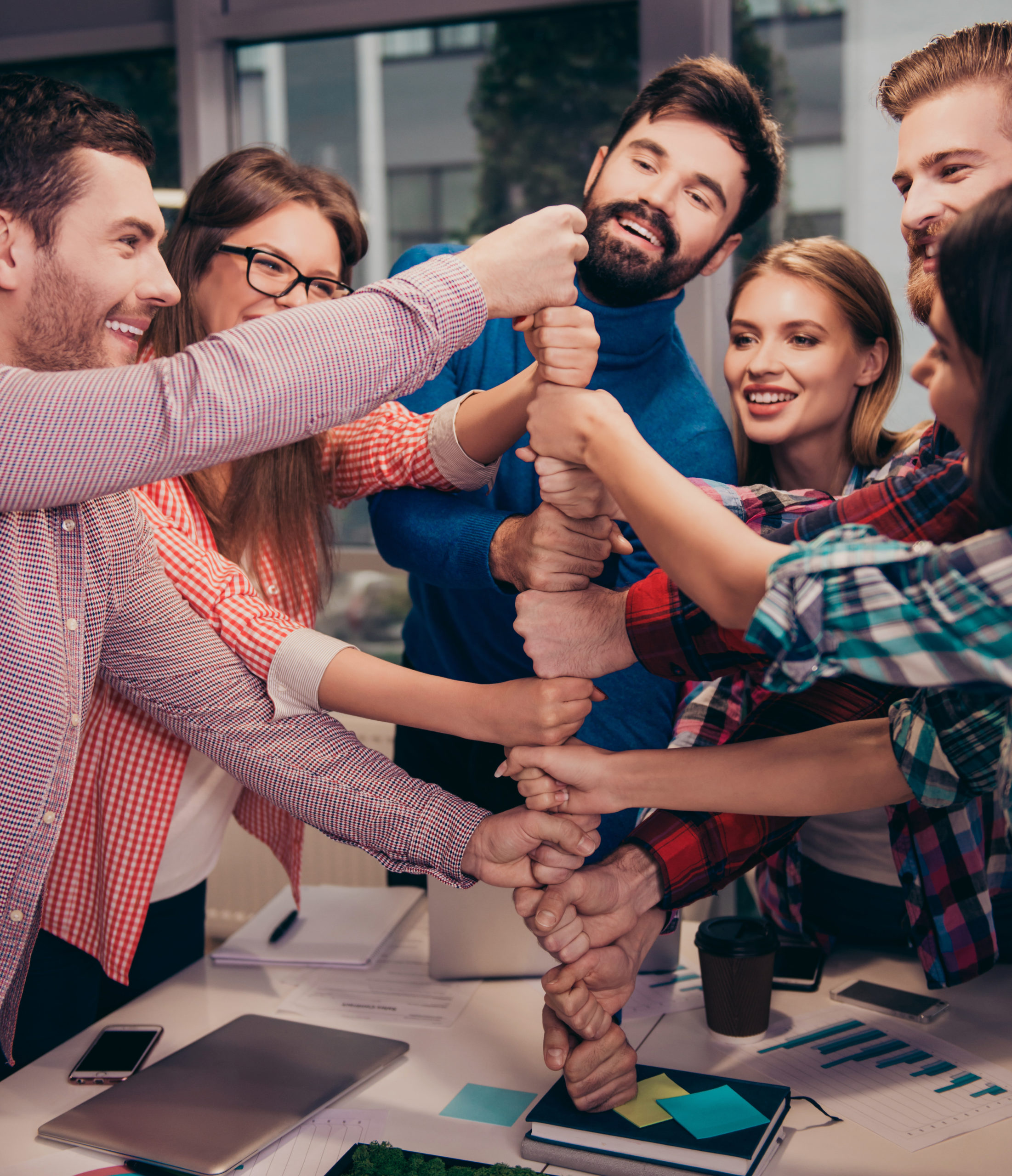 Undoubtedly, Poland is a beautiful country and we will argue with anyone who claims otherwise 😊. However, according to Global Innovative Business Investments, “the main advantage of Poland are the inhabitants. Especially their ambition, motivation and professional ethics as well as unique initiative.”

One cannot but agree with this statement, for several reasons. With a population of almost 38 million at the end of 2019, Poland is the biggest country in Central and Eastern Europe and the 6th biggest member of the European Union. However, we are trying to be a leader in our part of the world not only in terms of population, but in other areas as well. Education is certainly one of them since, as McKinsey & Company and Forbes state in their report (download it here), Poland’s economy will increasingly be driven by the education and experience of its workforce.

For foreigners visiting Poland, foreign language skills are perhaps the most easily visible sign of the country’s achievements in the field of education. According to the EF English Proficiency Index research, Poland ranked between 9th and 16th in the world in 2015–2020 in terms of English language proficiency (the number of countries considered during this period ranged from 70 to 100). Admittedly, tourists and expats will not always find it easy to communicate in English in smaller towns or among older people, but the situation is much better among young people and city dwellers.

Overall, Poland is among the leading European countries in terms of the education of its inhabitants. According to Statistics Poland, in 2018 the share of Poles aged 25–64 who had completed at least secondary education was 92.4% against an average of 78.1% for EU countries. The percentage of young people with a university degree in Poland is also above the EU average. The number of people with tertiary education nearly doubled between 2004 and 2018, and as many as 45.7% among those aged 30–34 can boast a college degree.

As far as higher education is concerned, Poland has a long tradition in this respect. The Jagiellonian University in Krakow was founded back in the 14th century as the second oldest university in Central Europe, and its notable alumni include astronomer Nicolaus Copernicus, anthropologist Bronislaw Malinowski or writer Stanislaw Lem. Today, Poland’s achievements in this field are also impressive. In 2010–2019, between 1.2 and almost 2 million people studied at Polish universities, while the annual number of graduates ranged from 330,000 to almost 500,000! Also, the number of doctoral students was high (from 39,000 to 43,000). Considering the growing popularity of technical study programmes, which we discuss in Plenty of talents, it is not surprising to read the statement by the European Business and Innovation Centre Network, which notes that Poland may well be considered as one of the best examples in developing engineers and PhDs on a mass scale when compared to the EU average.

As we know, quantity does not always translate into quality but Polish education has nothing to be ashamed of in this respect. Moreover, we boast some of the best results in the world. In this case, a solid measure comes from PISA, the OECD’s global Programme for International Student Assessment, which compares young people’s performance in three main categories (Reading, Mathematics, and Science). In the latest PISA test in 2018, out of 79 countries in the world, Poland ranked 8th in Reading, 6th in Mathematics (#3 in Europe) and 8th in Science (also #3 in Europe outperformed only by Estonia and Finland). 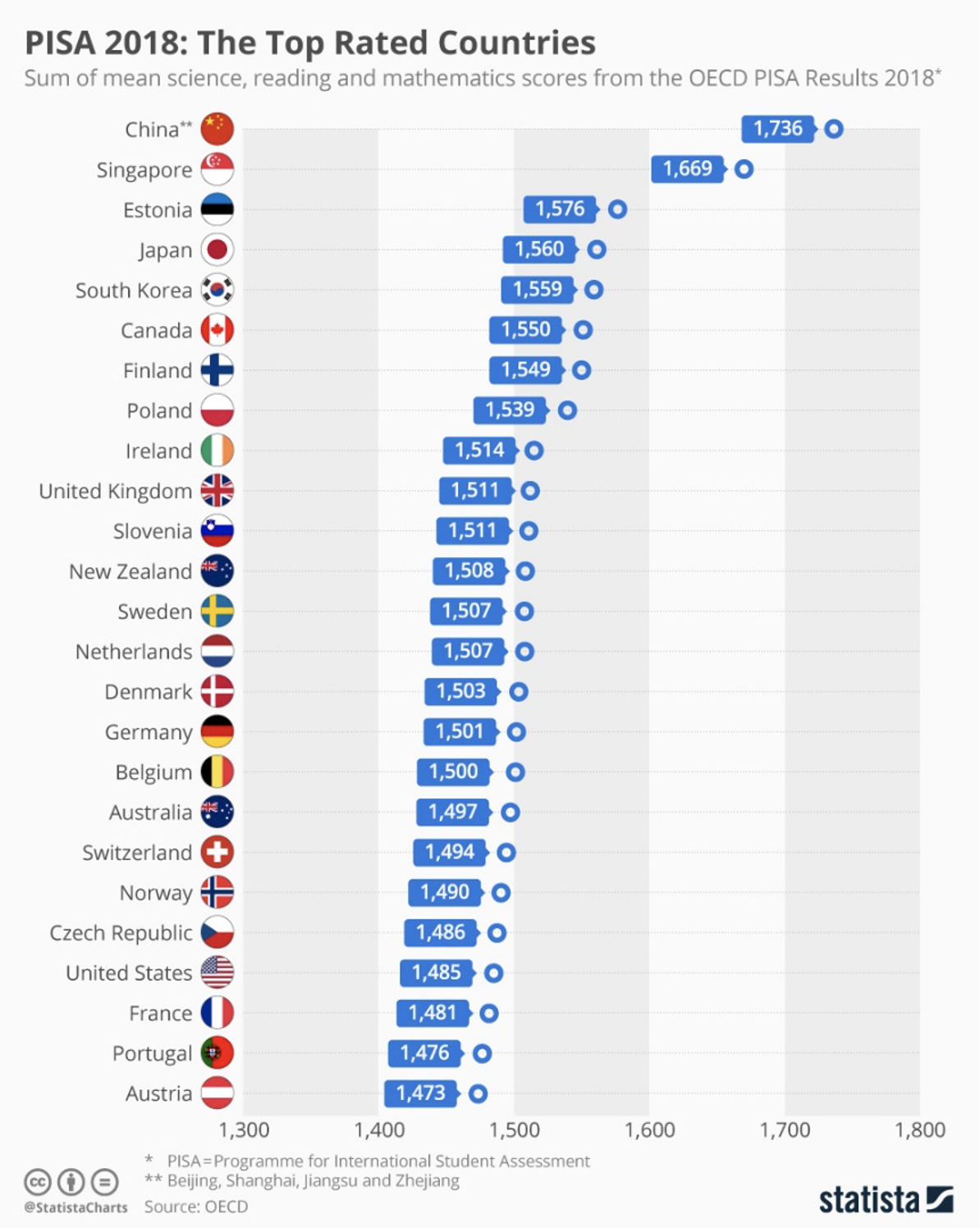 In Poland, good education is combined with diligence and this trait has been confirmed by successive studies for many years. According to OECD estimates, Poles have been working for over 1,800 hours per year on average since 2000. In 2019, with 1,806 hours, Poland ranked 8th out of 39 countries from around the world monitored by OECD.stat. Admittedly, the average labour productivity for all industries in Poland is still lower than the EU average (the main reason being a lower level of investment in automation of production, but this does not apply to the IT industry). However, as Deutsche Welle points out, between 2000 and 2016, Polish labour productivity grew by about 51%. In contrast, pay grew only by 33% over the same period. Consequently, in 2015, the average hourly labour cost was €25 in the EU, with just €8.60 in Poland. Four years later, this disparity was still highly visible: according to Eurostat, hourly wages were €10.70 in Poland and €27.70 in the EU in 2019.

Incidentally, apart from its numerous monuments, beautiful nature and many other things, low prices in Poland are among the reasons why Poland is loved by international tourists (see CNN’s list here). Krakow stands out particularly in this respect. Members of the leading British consumer association Which? have systematically named Krakow as Europe’s best city break destination since 2017 (the 2021 ranking is available here), while TripAdvisor ranked the city 10th on its list of Top 25 emerging destinations in the world in 2020 (the list was based on TripAdvisor reviews, ratings, and opinions from millions of travellers around the world).

Another important reason why foreigners like Poland is the sense of security and friendliness of its people. Poles are known for their love of cultural events (see Lonely Planet’s list here), socializing with visitors from other countries and dining: a well-known Polish saying goes “a guest in the house is God in the house.” The latter can sometimes be somewhat of a challenge for foreigners, but most of them praise the interpersonal relations and leisure activities in Poland. Those who are more cautious can refer to “How to Survive a Polish Dinner Party" 😊  Thus, when choosing a place in the world to expand their IT structures, international entrepreneurs should consider Poland not only because of purely business-related factors, but also those that will allow them and their team members to feel good after working hours. Here in Poland, will be happy if you choose us and we will make sure to demonstrate our traditional Polish hospitality!